This is a double page layout using last weeks Let's Scrap sketch... I turned it and tweaked it to work with my pics but love the way it turned out.
For those of you who don't know... we have had 3 German Shepherds. All 3 have had such different personalities and quirks. This is Kameka, her mom and dad were 'cop dogs' and the breeder works with my guy. So he followed the process of the babies.. birth, the fuzzy lil buggers and then went to pick out his puppy. This was his dog... she was a doll and very sweet but very protective of him. Jazzy got mad at Marcel and voiced her opinion and the fight was on and Jazzy lost the battle... $2000 later, surgery and damage to her eye.. Jazzy was a mess. We were concerned doing foster care that something like this 'could' happen to a child in our home. We gave her back to the breeder... she is an incredible dog.. she ended up with a Deputy in Marcel's department and is a 'cop dog' and a good one. She is doing great and this layout can still bring a tear to My Adorable One's eye thinking of his dog... Kameka... 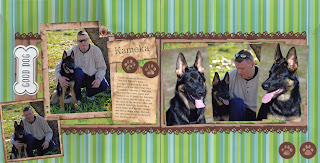 This is the sketch I worked with 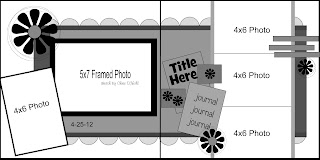 working with the sketches gives you so many options to turn, tweak and play with it to fit whatever you need for your pics... love working with sketches!!

Now don't forget Let's Scrap is having a month long celebration for (Inter)National Scrapbooking Day... come and check out all the fun stuff going on for the month!!

This is another layout for Vieve's album. I am loving working with the amazing pics that she has.... beautiful settings, beautiful outfits and, of course, beautiful Vieve!! 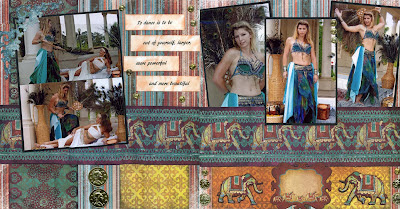 Please excuse the blurred scan... I was fighting with my scanner a bit with this layout too... and if won again!!
This is from a Let's Scrap sketch..... 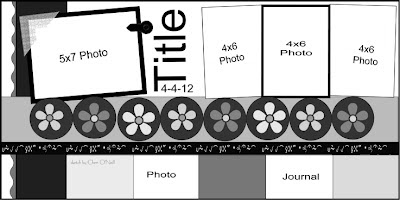 At Let's Scrap the Design Team is gearing up for a month of InterNational Scrapbooking events for NSD. All kinds of fun to get involved with so you should go and check it out!! On Facebook I am doing a LOAD (LayOut A Day) challenge... for mine there is no prizes but we can post all that we are doing on the 'group' page. If you are interested and are not already a friend on facebook, or if I have overlooked to add you to the group please let me know... that will be for the whole month of May!!
Posted by Unknown at 7:31 PM 1 comments

you can click on this pic to see it bigger...
this is the sketch I used... 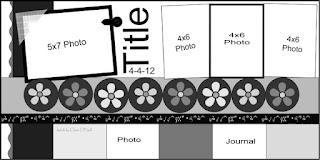 This is this weeks sketch from Let's Scrap..... You will have to excuse the blurred lines. I was having a fight with my scanner and it won... in reality the lines are ohhhh sooo straight!! ;0) Vegas is our favorite place to go... we go once a year. I never get tired of taking pics there, seeing the sites and enjoying the atmosphere. We are getting ready to go again in a few weeks... :0)

this is the Let's Scrap Sketch I used 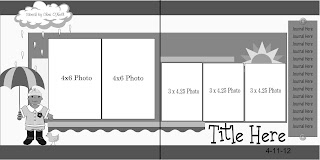 so many great layouts have been done with this sketch at Let's Scrap you should go and check them out!!
Posted by Unknown at 9:11 AM 1 comments

My dear Aunt Wilma passed away on Saturday. Many of us were lucky enough to see her before she passed. Several of us were with her when she passed on as well... I have so many wonderful memories of Aunt Wilma - family get togethers and such but my favorite memories that I treasure of those of when I was just a teenager and it was just her and I... either house sitting and playing board games or shopping. Taking my boys to her house when they were just 'wee - ones' for trick-or-treating. She loved all of her niece and nephews and never missed the opportunity to tell us all that we needed to come and visit her more than any of us did.

Aunt Wilma was the oldest of 5 children.... she was also the first one to pass on. This will be hard on her 2 brothers and 2 sisters as well as on her only son.

I have pulled together some pics that I have of Aunt Wilma to share with my family.... 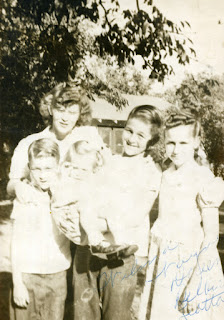 this is of the 5 Springer kids.. starting at the right hand side is my Aunt Doreen, Uncle Wayne and he is holding Leotta, Uncle Delbert and Aunt Wilma is standing in the back.. not sure on the date of this photo 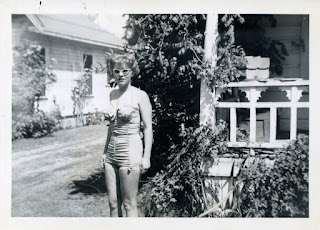 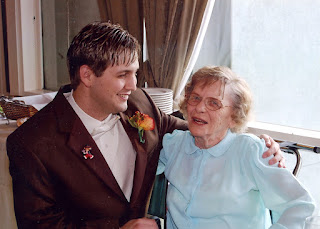 My son Raymond with Aunt Wilma at his wedding in 2008 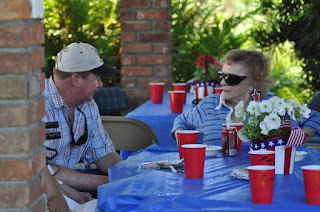 Steven and Aunt Wilma at 4th of July at Uncle Wayne and Aunt Rosie's house... 2010 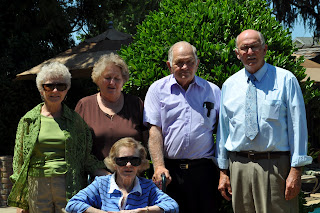 2010 Aunt Doreen's birthday party and all the siblings were together... from the right
Uncle Delbert, Uncle Wayne, Leotta and Aunt Doreen with Aunt Wilma in front Aunt Wilma visiting with her siblings 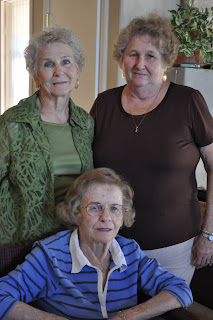 Here are the Springer Girls... Doreen, Leotta and Wilma 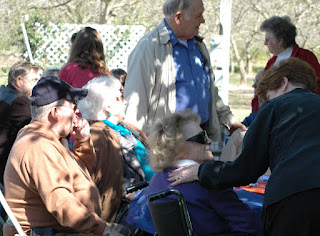 This was from Uncle Wayne's 80th Suprise Birthday Party... Aunt Wilma visiting with Aunt Ruby
So many memories... such a long life... Love and miss you Aunt Wilma....
Posted by Unknown at 1:46 PM 2 comments

Email ThisBlogThis!Share to TwitterShare to FacebookShare to Pinterest
Newer Posts Older Posts Home
Subscribe to: Posts (Atom)
Come check out the blogs that Val Thorpe and I run.... lots of fun to be had!!!

Design Teams I've been on 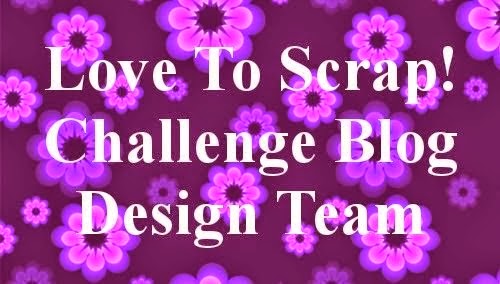 I was awarded the Liebster Blog Award!!